If you want to power your home with a generator in the event of a power outage, you’ll need to understand the difference between generator running watts and starting watts before getting one.

But… what do these numbers actually mean? Aren’t starting watts and surge watts the same?

Well, no. But don’t worry, we’ll teach you about the differences in this article.

Let’s get right into it.

To find the right portable generator, you’ll want to know the difference between running watts and starting watts.

Starting watts, also known as surge watts, are the extra watts needed which are needed no more than two or three seconds to start up an electric appliance.

In the case of a generator, a starting wattage is the amount of power a generator can produce when it is first turned on.

Why Are Starting Watts Important?

Let me explain through the use of an example:

If you are using a generator to power a home during a power outage, you will need to account for the surge watts of large appliances (i.e., air conditioner).

If you don’t do this, there’s a big chance you won’t be able to run that specific appliance or, worse, you could end up breaking the generator due to a power overload.

Running watts are the measure of power that an appliance uses when running.

Generally, starting wattage is much higher than the running wattage.

Why Are Running Watts Important?

When it comes to a generator, the running watts will be key in the calculations you must do to know how many electronic devices you can run at the same time.

Let’s say you’re planning to plug a phone charger, an air conditioner and your fridge to your portable generator and they need 3500 running watts to run simultaneously, then you should get a generator that has at least 4000 running watts. Get it?

If you’re more of a visual learner (like me), here’s a quick video that explains you what are the differences between starting and running watts:

The Best Generator With The Most Running and Starting Watts

This DuroMax XP10000EH is one of the most powerful portablegenerators around.

With its 10,000 surge watts and 8,000 running watts, it provides the capability to handle power-hungry devices such as air conditioners and even washing machines.

Moreover, it provides continuous electrical power for up to 22 and 17 hours at a 25% load on gasoline and propane, respectively.

Even though some like to complain about its loudness, I do like to factor in its all-metal construction which makes it very durable and resistant to the elements.

Last but not least, it comes with a very convenient economy mode that saves fuel when it’s in idle by reducing the RPMs the motor generates.

There are a bit more than 5,907 reviews on Amazon.com about this product at the time of writing, and they have given it, on average, a 4.6 out of 5 rating approximately. These reviews are positive overall.

Why Do Generators Have Starting Watts and Running Watts?

As explained, surge watts (or starting watts) are the temporary watts needed to start the motor-driven devices while running watts measure the power needed to run these devices for longer periods of time.

Now, why are these measures so important when it comes to generators?

Generators are also measured in terms of starting and running watts, which tell the user what kind of devices can be plugged into them and, more importantly, how many of them can be kept running at the same time. 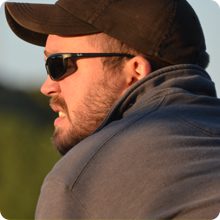